Tennessee Republican State Representative Rick Womick has called for removal of all Muslims from the US military. He was interviewed on the Steve Gill Show on Veteran's Day, November 11.

Naturally, progressive media portray Womick as a racist, right wing hate-monger. Under sharia law, no speech that criticizes Islam is allowed, and leftists allied with Muslims are attacking Womick relentlessly.

Womick's supposedly-controversial comments in the two audio clips below are definitely worth a listen:


Posted by Resist Tyranny at 10:46 PM No comments:

'Where would black people or women be without the government?'

"Where would black people or women be without the government?"

That's the kind of socialist, pro-BIG-government attitude exhibited by far too many people who just don't know how to think. Unfortunately for this young man, he dispayed his ignorance when questioning Herman Cain.

As our friends at SecularStupidest.com point out, liberals consistently resport to three tactics:

Their line of "thinking" is completely predictable. We'd like to see more conservatives reject the liberal premise before deciding whether or not to answer their inane "questions."
Posted by Resist Tyranny at 9:39 PM No comments:

The schedule for this event is only 90 minutes. Moderators are CNBC anchors Maria Bartiromo and John Harwood.
Posted by Resist Tyranny at 6:28 PM 3 comments:

You just have to love U.S. Marines like Corporal Phillip Duggan and the unnamed Augusta, Georgia law enforcement officer who wrote the police report on this incident, which took place in late November 2010: 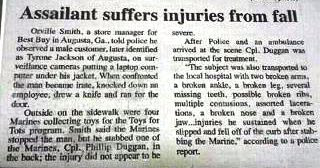 His stupidity not proven sufficiently by shoplifting at Best Buy, this criminal assaulted one of four Marines collecting Toys for Tots at the store. The final paragraph in the news clipping above reads:

"The subject was also transported to the local hospital with two broken arms, a broken ankle, a broken leg, several missing teeth, possible broken ribs, multiple contusions, assorted lacerations, a broken nose, and a broken jaw... injuries he sustained when he slipped and fell off the curb after stabbing the Marine," according to a police report.

The Augusta Chronicle crime blotter story is a little more straightforward. The Hinterland Gazette also covered the story here. True Crime Report has more on this story here. The money quote? Their disclaimer: "WARNING: The following story contains so much manliness it might cause your rent to be raised."
Posted by Resist Tyranny at 11:42 PM 1 comment:

Email ThisBlogThis!Share to TwitterShare to FacebookShare to Pinterest
Labels: Marines

Did you miss the debate between Republican Presidential candidates Herman Cain and Newt Gingrich? The Media Research Center posted video of the entire 90-minute event for all to see:

The debate was hosted in The Woodlands, Texas, by Texas Patriots Political Action Committee. Our thanks to C-SPAN for airing and streaming the event live.
Posted by Resist Tyranny at 11:45 PM No comments:

We're not sure where this disturbing clip was filmed, but it looks to be video of a mother with children taking part in the "occupy" protests at the Washington, DC Convention Center:

Note: If the embedded video doesn't play in your browser, you can watch the original clip here.

MRCTV, a division of the Media Research Center, has an excellent follow-up video here. The "parents" are asked why they would put their children in harm's way. You have to watch it to believe their answer:

How irresponsible must a person be to bring children into an environment where tear gas might be used to quell a violent crowd, people defecate in public and on police cars, drug abuse is rampant, and rapes are not uncommon?

We hope child protective services pays a call on this "parent."
Posted by Resist Tyranny at 11:57 PM 2 comments:

Does your social media use compromise your security? 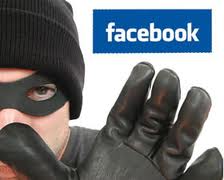 Many people use social media and casually brag about what a fancy hotel they're in, or boast about visiting a famous landmark. But thoughtlessly revealing your location may be dangerous.

A significant percentage of former home invasion specialists (AKA burglars) say they use social media to target properties where the owners aren't home. Among the common-sense steps you can take to protect your social media security:
You can click to enlarge this infographic, which we found quite informative:

Shopping at Men's Wearhouse? Never again. We guarantee it.

Businesses that openly display an endorsement of anti-American anarchy and chaos must be made to pay a heavy price for their foolishness. You can tweet Men's Wearhouse (@Mens_Wearhouse) and tell them what you think.

Until such time as CEO George Zimmer (whose annual salary exceeds $956,000, if you're counting) repudiates this stupidity, we will never spend another dime in any of their stores.
We guarantee it.

SooperMexican has a teriffic post on the Men's Wearhouse story here.
The Prudence Paine Papers has a great follow-up piece on this story here. Among her findings:


We closed our store near Oakland City Hall today, for one day, to express the company’s concern for the issue of wealth disparity in our country. The issue affects our employees and customers across the political spectrum.

After "Occupy Oakland" degenerates turned violent overnight, the Men's Wearhouse staff returned to their store to find that "solidarity" does NOT mean "immunity." 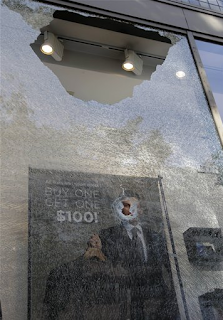 Best firearms instructor EVER - in Texas, of course 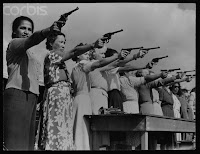 We nominate Crockett Keller for the best firearms instructor EVER.

He's happy to teach you the finer points of handling a weapon - unless you're a socialist liberal or a Muslim.

In the radio advertisement (audio below), Keller says, "If you are a socialist liberal and/or voted for the current campaigner-in-chief, please do not take this class. You've already proven that you cannot make a knowledgeable and prudent decision as required under the law. Also, if you are a non-Christian Arab or Muslim, I will not teach you this class. Once again, with no shame, I am Crockett Keller."


What's your take? Is it refreshing to hear Keller speak openly like this? Or would being politically-correct have been better?
Posted by Resist Tyranny at 7:04 PM No comments:

Some watched and listened to Gov. Rick Perry's recent speech in New Hampshire and speculated that perhaps the Republican Presidential hopeful was drunk.

During his October 28, 2011 presentation at the Cornerstone annual awards and fundraising dinner, Perry re-asserted his conservative credentials and offered details about his flat tax proposal.

We watched the entire speech, and we're not quite sure why anyone would conclude the governor had imbibed too much before speaking. Perhaps the governor's critics aren't familiar with the cadence or speech patterns of Texans or southerners?

The audio is a little soft, but here's the full, 25-minute speech Perry delivered before a Manchester, New Hampshire audience: