Thanks for looking, but Resist Tyranny has moved to a new site! Please visit us at http://ResistTyranny.net.
Posted by Resist Tyranny at 11:56 AM No comments: 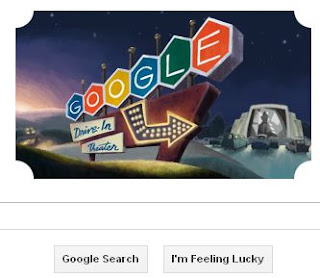 Far too many "activists," elected officials, judges, government offices, bureaus, programs, departments and bureaucrats think it's their job to police your freedom of speech. Especially your online speech:


Can the government throw you in jail for offering advice on the Internet about what food people should buy at the grocery store?

That is exactly the claim made by the North Carolina Board of Dietetics/Nutrition. In December 2011, diabetic blogger Steve Cooksey started a Dear Abby-style advice column on his popular blog (http://www.diabetes-warrior.net/) to answer reader questions. One month later, the State Board informed Steve that he could not give readers advice on diet, whether for free or for compensation, because doing so constituted the unlicensed, and thus criminal, practice of dietetics. The State Board also told Steve that his private emails and telephone calls with readers and friends were illegal, as was his paid life-coaching service. The State Board went through Steve's writings with a red pen, indicating what he may and may not say without a government-issued license.

That is why on May 30, 2012, Steve Cooksey joined the Institute for Justice in filing a major free speech lawsuit against the State Board in the U.S. District Court for the Western District of North Carolina, Charlotte Division. This lawsuit seeks to answer one of the most important unresolved questions in First Amendment law: When does the government's power to license occupations trump free speech?

More information about this case is offered at The Institute for Justice. Interesting commentary on this case and our First Amendment right to freedom of speech without government interference is also offered by law.com. The Blaze also posted their take on the story here.
Posted by Resist Tyranny at 12:50 AM No comments:

Many on the US political left are prattling on about an imaginary "War on Women" these days. But did you know that Planned Parenthood is quietly carrying out "gendercide" - the elimination of female babies by sex-selected abortion.

Although this heinous practice is known to be widespread in repressive, communist regimes like China, Planned Parenthood affiliate clinics throughout the United States are also engaging in this very real war:

Ed Morrissey at Hot Air reports that the Planned Parenthood employee in this video has since been fired. Apparently the murder of female preborn babies continues unhindered.
Posted by Resist Tyranny at 8:40 PM 1 comment: