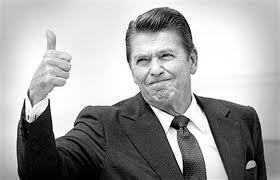 Francios Basili, President of Communication Ideas, offers a terrific post with ten leadership lessons gleaned from the life of Ronald Reagan. He leads with:


"In his lifetime, Ronald Reagan was such a cheerful and invigorating presence that it was easy to forget what daunting historic tasks he set himself. He sought to mend America's wounded spirit, to restore the strength of the free world and to free the slaves of Communism." That's how Lady Thatcher started her great eulogy of Ronald Reagan, summarizing in one sentence his personal qualities and his great achievements. This combination of highly admirable personality and great accomplishments has made Ronald Reagan the most popular American President in the past half a century and one of the most important American Presidents in history. So what were the leadership qualities that made it possible for Ronald Reagan to achieve such a status in American history and in the hearts of the American people, including his political opponents?

All great advice from a leader we admire. President Reagan's legacy of leadership continues to benefit Americans today, and for that, we are grateful. You can read the excellent original post here.
Posted by Resist Tyranny at 10:37 PM 1 comment:

US Secretary of State Hillary Clinton apparently thinks the violent death of Muammar Gadhafi is funny. Who laughs and jokes when they hear someone - anyone - has been killed?


"We came, we saw, he died." And that from our illustrious Secretary of State? Make no mistake: The world is better off without a ruthless dictator like Gadhafi.

But compare this with the capture and subsequent trial of former Iraqi dictator Saddam Hussein. Saddam was convicted and executed. By contrast, Gadhafi was murdered in cold blood by a roving band of undisciplined, screaming thugs with AKs and pistols.

All indications are that post-Gadhafi Libya will be run by the Muslim Brotherhood or worse. Those running the US government today are just not serious people of substance.
Posted by Resist Tyranny at 11:17 PM No comments:

Sarah Palin - Newt 'would clobber Barack Obama in any debate'

Former Alaska Governor Sarah Palin disappointed many conservatives when she decided not to run for President. But Palin promised she would be more effective at helping move the Republican Party and national candidates to more conservative positions as an outsider.

Posted by Resist Tyranny at 12:28 PM No comments:

Have you heard the name Lisa Fithian? Odds are you haven't. Yet.

But watch and listen for her name in the coming days. Fithian is a leading "community organizer" among every anti-American group you can imagine. Wherever she appears, chaos, arrests, and often violence, follow. "I create crisis," she says proudly.

In the 1970s, she worked with the infamous Abbie Hoffman. Fithian has connections with many major labor unions, and has played a prominent role in the Global Justice Movement - meaning she travels the world to organize protests at meetings of the World Trade Organization, among others. Although the account hasn't tweeted since March 2009, Fithian was involved with "Capitol Climate," which boasts of being social media representing "the largest mass civil disobedience for the climate in U.S. history." (H/T @TRUTHENFORCER) She was the terrorist behind Cindy Sheehan. You can even "like" her Facebook page, provided you actually like anarchists.

Fithian tells you all about herself here, sort of like a public service announcement for anarchy:

Andrew Breitbart spoke recently about emails he and others have uncovered that amount to a "Journo-list" of anarchists, who speak openly of their efforts to organize the "occupy" protests with the aim of destabilizing the United States government:

"I have no issue with property destruction." ~Lisa Fithian

The email archive to which Breitbart refers is linked from this post at BigGovernment.com.

So far, the "occupy movement" has amounted to little more than a predictably laughable socialist sleepover. But if deeply committed, anti-American anarchists like Fithian begin to pull the strings, these mostly-peaceful gatherings could turn violent very quickly.
Posted by Resist Tyranny at 11:24 PM 4 comments:

It appears that Rep. Jesse Jackson, Jr. is in need of remedial Constitution lessons. In the clip below, Jackson actually suggests that President Barack Hussein Obama should act as a dictator, and simply ignore our Constitution, the Congress and the courts.


Jackson's econonomically-illiterate theories are interesting, to say the least: The Federal government should just bail out every broke state. And every broke city. Right now. Jackson somehow thinks this will magically end overspending problems in fiscally irresponsible states and municipalities?

Then, the ever-magnanimous Federal government should hire every unemployed person (he doesn't specify, but we assume this includes illegal aliens) at $40,000 a year, putting them to work cleaning up trash by the side of the road. These working people will all pay taxes. Which the government will use to pay people. Except we know that nearly half of American's do not pay Federal income tax. And these boondoggle "employees" would surely fall in that group.

Just one problem with all this brilliant thinking: The Federal government does not have the $1+ trillion Jackson wants to use in the first place.

Oh, and one more thing. Thankfully, our Constitution does not give our President or any Federal agency anything like the powers Jackson would rely on to create his communist utopia.

So, to sum up Jackson's positions on the economy and unemployment:
Maybe Jackson would benefit from having lunch with Supreme Court Justice Antonin Scalia for a little Constitution 101 networking.
Posted by Resist Tyranny at 7:06 PM 3 comments:

Barack Hussein Obama campaigned on a theme of "hope and change." Since Obama was inaugurated in January 2009, a lot of things have changed. 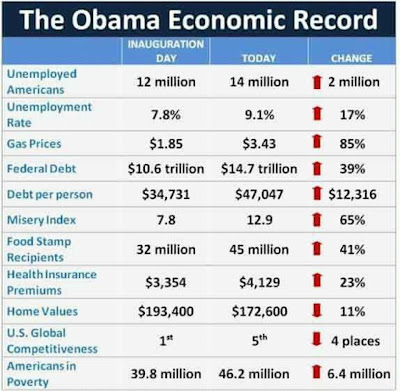 Let's determine to change our political leadership in 2012, shall we?
Posted by Resist Tyranny at 10:54 PM No comments:

Unfortunately for Mitt Romney, he actually said of himself at a recent Republican presidential debate, "There are a lot of reasons not to elect me." And predictably, another GOP candidate has included that choice audio in a campaign ad:


Romney has done a lot of explaining about the statewide government-run healthcare plan he signed into law as governor of Massachusetts. But it's troubling to us that any possible GOP nominee thinks government has a role to play in what should be private enterprise. Nothing in the U.S. Constitution specifies Federal responsibility for healthcare or insurance, or anything remotely like it.

ObamaCare must be repealed. If it is fully implemented in this weak economy, it could be the final nail in our economic coffin. We don't need a Republican administration in 2012 that thinks healthcare is a Federal government responsibility.
Posted by Resist Tyranny at 9:10 AM No comments:

Watching this bizarre video of the "Occupy Atlanta" protestors confirms what we suspected: Participants in this insignificant socialist sleepover are mere lemmings. These are the very people Lenin famously referred to as "useful idiots."

These drones appear perfectly content to submit themselves to the strangest of procedures as they seek to destroy capitalism, eliminate all banks, overturn the United States government while re-electing Barack Obama, and establish their socialist utopia. Or something:


Regardless of your opinion of Congressman John Lewis (D-GA), you may conclude that this gathering defines the word "weird."

The Morning Spew has brilliantly updated this video, cleverly splicing in a few segments from Monty Python's "Life of Brian" - a movie we never really liked. But it sure works with these creepy socialist "twinkles." 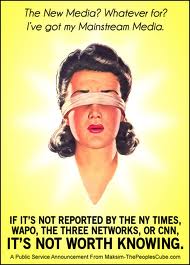 In September, our friend Greg Howard posted a teriffic idea on his blog. Why should ordinary Americans sit idly by while big-money advertisers assist a propaganda machine like MSNBC? Why not SLAM the media?

MSNBC is part of the NBC news empire, and that this entity is a far-left mouthpiece for all things progressive. Barack Hussein Obama and his leftist minions couldn't purchase more favorable coverage than waht is offered by his buddy Jeff Immelt, chairman of NBC's parent company, General Electric.

Featuring hosts like Lawrence O'Donnell and Al Sharpton, MSNBC is by far the weakest of the national television news networks. Some focused attention by conservatives on their advertisers just might have an effect on their revenue.

Naturally, we should be courteous when contacting these companies. Some don't even really know their ads are airing on a specific network, because they allow a third party to make media buys for them. But we can politely point out that we won't patronize their company while they support the propoganda that is MSNBC.

So let's tweet these advertisers, and tell them we won't patronize them while they support MSNBC propaganda. Here are some ready-made tweets, which you are welcome to copy and post yourself.

Naturally, you are free to edit these posts as you like. But let's remain courteous. Remember, we're trying to convince these advertisers that real Americans don't appreciate the politically-left, progressive nonsense aired on MSNBC. Polite language will get your point across.

Have fun, you SOB-bitter-clinger-teabagger-barbarian activist!
Posted by Resist Tyranny at 3:51 PM 4 comments:

Email ThisBlogThis!Share to TwitterShare to FacebookShare to Pinterest
Labels: MSNBC

Why did 8 people change their stance on abortion in just seconds?

WARNING - This film contains graphic scenes not intended for children.

Most Americans have an opinion about abortion.

Some see it as simply a woman's choice: exercising control over her own body. Others say it's birth control to prevent unwanted children. It's a safe medical procedure, they argue, that prevents unnecessary suffering when a mother can't care for the child. And it's legal, they hasten to add.

How could people like that change their opinion of abortion in mere seconds?


"The Jews are undoubtedly a race, but not human. They cannot be human in the sense of being an image of God." ~Adolf Hitler
Posted by Resist Tyranny at 9:48 PM 4 comments: