California school officials are apparently so desperate for funding that they have accepted a Chinese language curriculum developed by The People's Republic of China. That's correct: California students are learning Chinese using a communist-produced curriculum. And it's all paid for by Red China, too.

Doesn't that sound the least little bit like a propaganda opportunity? Here's the story as reported by Fox 11 in Los Angeles:

Sounds innocent enough, until you consider a little history:

Should school districts even be allowed to accept a "free" gift of a language curriculum like this? Especially knowing that it is produced by an evil empire led by dictators who would love to see the demise of the United States?

Posted by Resist Tyranny at 8:49 PM No comments:

It's just too easy.

The Obama Regime's immigration efforts are decidedly anti-American. Apparently the Immigrant in Chief has forgotten about taking his oath of office - twice - where he swore to "preserve, protect and defend the Constitution of the United States."

What do you think? In the political world, perception is reality. Is Gov. Brewer's message effective?
Posted by Resist Tyranny at 2:30 PM No comments:

We disagree with former Speaker of the House Newt Gingrich on many political issues. He isn't perfect, but he is a brilliant historian.

He appeared on Fox News Sunday May 16, and explained clearly that the Obama Regime is a serious danger to the American way of life. Host Chris Wallace quoted from Gingrich's new book, To Save America, "The secular socialist machine represents as great a threat to America as NAZI Germany or the Soviet Union once did." Gingrich defines and defends his statement in this clip:

What's your opinion? Can Americans stop socialism before the Constitution and our way of life are destroyed beyond repair?
Posted by Resist Tyranny at 10:49 PM No comments: 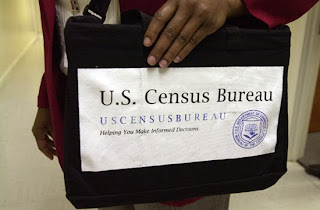 According to an Associated Press report, a computer system that the Census Bureau is using to manage its door-to-door count of the US population is full of software bugs, and is prone to crash.

The Paper Based Operations Control System (PBOCS) has not functioned reliably in tests Despite hardware and software upgrades, it "may not be able to perform as needed under full operational loads," the US Government Accountability Office said. "So far, it is not as stable as it needs to be," GAO Strategic Issues Director Robert Goldenkoff said before the start of a recent Congressional hearing on the Census.

The paper-based system's hasty design began in early 2008, after the Census Bureau scrapped plans to use handheld-computers that didn't work. That blunder alone cost taxpayers more than $700 million. Returning to a paper-based method has increased the cost of the 2010 Census by about $3 billion.

PBOCS will generate assignments for the roughly 635,000 enumerators hired to visit about 48 million homes to count people who did not return their forms by mail. Instead of getting instructions from the cell phone-like handheld machines as planned, enumerators will receive assignments on paper.
More than 63 percent of US households returned their census forms by mail, well within the Bureau's target range. According to the GAO, the Bureau has hired enough enumerators to complete the at-home visits. Census enumerators began their field work on May 1, 2010.
What's your opinion? Now that the Obama Regime has forcibly taken over the US healthcare system, will it be managed better than the 2010 Census? Is there anything the Federal government runs efficiently?
Posted by Resist Tyranny at 12:50 PM 5 comments: