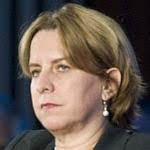 Vivian Schiller, president and CEO of National Public Radio, had the audacity to release an internal memo to NPR affiliates that was full of blatant lies about the firing of Juan Williams.

We don't really care that Schiller fired Williams. That's her affair. People are unfairly discharged by employers every day. If Williams was wrongfully dismissed (he isn't claiming that he was), he can sue, and win a substantial amount of money - maybe as much as Fox News is now paying him.

Schiller is either a typical progressive, and unable to tell the difference betweeen fact and fiction, or she is trying to cover for a stupid human resources action - or both.

Here's what she told her colleagues:

Thank you for all of your varying feedback on the Juan Williams situation. Let me offer some further clarification about why we terminated his contract early.

First, a critical distinction has been lost in this debate. NPR News analysts have a distinctive role and set of responsibilities. This is a very different role than that of a commentator or columnist. News analysts may not take personal public positions on controversial issues; doing so undermines their credibility as analysts, and that’s what’s happened in this situation. As you all well know, we offer views of all kinds on your air every day, but those views are expressed by those we interview – not our reporters and analysts.

In fact, NPR "reporters" like Nina Totenberg make personal, partisan remarks all the time. But their comments reflect a liberal point of view, so they're in no danger of losing their job.

Second, this isn't the first time we have had serious concerns about some of Juan's public comments. Despite many conversations and warnings over the years, Juan has continued to violate this principal.

Translation: "Juan Williams isn't as far left as we'd like in his personal views."

Third, these specific comments (and others made in the past), are inconsistent with NPR's ethics code, which applies to all journalists (including contracted analysts):

"In appearing on TV or other media... NPR journalists should not express views they would not air in their role as an NPR journalist. They should not participate in shows... that encourage punditry and speculation rather than fact-based analysis."

More fundamentally, "In appearing on TV or other media including electronic Web-based forums, NPR journalists should not express views they would not air in their role as an NPR journalist."

Unfortunately, Juan's comments on Fox violated our standards as well as our values and offended many in doing so.

The truth is that Juan's appearance on Fox is what violated NPR "standards." We weren't offended by the substance of his comments. Were you? Like Williams, most Americans take special notice when a visibly-Muslim person boards their plane.

We're profoundly sorry that this happened during fundraising week. Juan's comments were made Monday night and we did not feel it would be responsible to delay this action.

This was a tough decision and we appreciate your support.

So Ms Schiller is really upset that a lot of us will no longer donate to NPR. Now that the intolerant, progressive standards of National Public Radio have been exposed, momentum is building to withdraw all public funding from the organization.

We're sure NPR will go the way of Air America. Good riddance.
Posted by Resist Tyranny at 6:41 PM 3 comments: