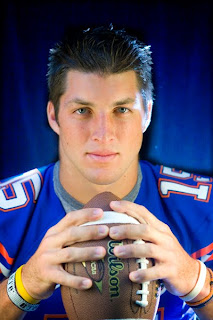 Tim Tebow is now a Heisman Tropy-winning football player, who is certain to have a great career in the National Football League. As a star athlete, he will have the great privilege of a very public platform. As an American, he still has a right to freedom of expression guaranteed by the First Amendment to the US Constitution.

Tebow has decided to appear in a commercial advocating the pro-life position. It is scheduled to air during the 2010 Super Bowl. And surprise, surprise: the leftist pro-death forces are angry that CBS would consider airing a commercial that praises traditional family values.

Every time abortion advocates open their mouths, it seems they must include an obligatory swipe at the free speech rights of people who believe in life for unborn human babies. Watch this sharply pro-abortion-biased report from ABC News:

Anchorette Dianne Sawyer's voice is dripping with contempt as she predictably avoids the term "pro-life," and substitutes "anti-abortion." And the money quote? "This ad is hate, masquerading as love." Strong words from the unnamed baby-killing advocate, considering she hasn't actually seen the ad. She demands equal time. (And remember, this is a commercial, not a documentary.) Sounds like the baby killers are angry they didn't think to raise $2.5 million to air their own putrid views.

Want to tell CBS they're doing the right thing? Click here to sign an online petition in favor of airing the ad and asking the network to not cave to pressure from the forces of death.
Posted by Resist Tyranny at 9:43 PM