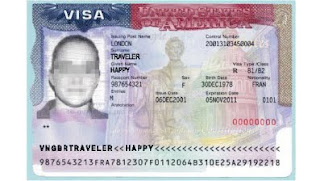 Have the Team Obama leftists running the US State Department surrendered to our enemies? Apparently so.

Fox News reports here that thousands of immigrants are being granted "diversity visas" by the Obama State Department. According to the story:

Included in the lottery are all four countries the U.S. considers state sponsors of terror -- Iran, Sudan, Cuba, and Syria -- and 13 of the 14 nations that are coming under special monitoring from the Transportation Security Administration as founts of terrorism.

It's a legal loophole big enough to drive a truck full of explosives through. And serious leaders are pointing to this as a real threat to our national security.

Which politicians champion this lunacy? You guessed it! Liberal morons like Rep. John Conyers (D-MI) and Rep. Sheila Jackson Lee (D-TX), who is actually working to double the number of visas offered through this insane program.

And here are the lottery "winners" for 2010. Christmas Day underpants bomber-wannabe Umar Farouk Abdulmattallab's home country of Nigeria leads the list, with 6,006 visas approved. Our good friends in Yemen, where a number of Gitmo alumni now reside, received 72. Others include:

Shouldn't EVERY visa application simply be weighed on the merits of the individual applicant?
Posted by Resist Tyranny at 4:53 PM