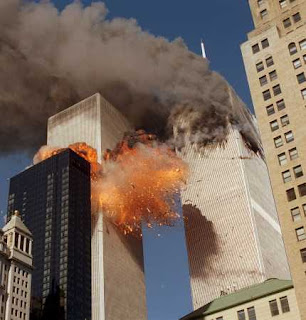 The United States of America was attacked on September 11, 2001 by followers of radical Islam who sought to destroy our national economy. Led by Osama bin Laden, these jihadists desire to conquer infidels worldwide, in order to restore the caliphate and institute tyrannical sharia law worldwide. They seethe with deep-seated hatred of Christianity and Western civilization.

We remember today the innocent citizens of 83 different nations who died: on aircraft hijacked for evil; in a Shanksville, Pennsylvania field; the wounded and dead at the Pentagon, and those who suffered and died in and around the World Trade Center in New York City.

We will never forget:

Posted by Resist Tyranny at 8:39 AM