Federal government should stay out of healthcare 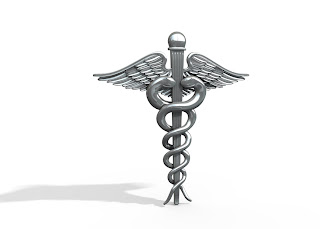 President Barack Obama declared the swine flu outbreak a national emergency on October 24, according to an Associated Press report. Although administration officials said the declaration was "a pre-emptive move designed to make decisions easier when they need to be made," here's what they are not saying: Most government health regulations make treatment more difficult, more costly and less effective.
Obama's declaration amounts primarily to removal of Federal government red tape. By lifting Federal rules like HIPPA privacy regulations even temporarily, the Obama administration is unwittingly admitting that getting government out of the way is the best prescription for healthcare.
TeamObama has worked hard to create the impression that all US doctors favor a single-payer form of socialized medicine. That is far from the truth. In fact, 11 separate medical associations representing physicians throughout the United States are on record as opposing ObamaCare.
Want proof that medical professionals oppose government-run healthcare? Read this letter, addressed to Speaker of the House Nancy Pelosi (D-CA), signed by two recent former presidents of the American Medical Association.
If you oppose a Federal takeover of your health insurance and healthcare, speak up now. Time is short.
Posted by Resist Tyranny at 5:33 PM